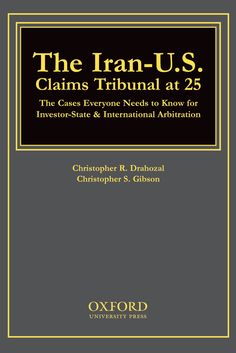 The Iran-U.S. Claims Tribunal at 25: The Cases Everyone Needs to Know for Investor-State & International Arbitration