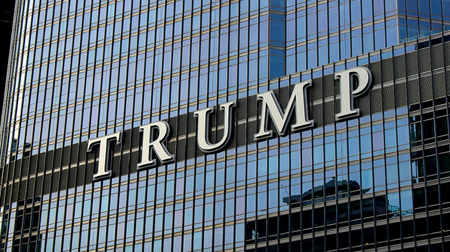 One of the predominant policy themes of Donald Trump’s candidacy for President of the United States was his strong aversion to globalization. Indeed, two key objectives of President Trump’s first 100 days in office are to withdraw from the Trans-Pacific Partnership (TPP) and to renegotiate the North American Free Trade Agreement (NAFTA). This has led to many questions, and some trepidation, about the Trump administration’s policies on U.S. trade and investment agreements, including the investor state dispute settlement (ISDS) mechanisms that have been uniformly supported by recent U.S. administrations. Notwithstanding the political rhetoric, the Trump administration currently appears to have adopted a more measured approach, specifically regarding NAFTA. And while the administration has identified certain trade-related dispute resolution mechanisms it wants to change or even eliminate, there has been at least one indication it intends to maintain U.S. policies that favor the use of ISDS.

Just three days into office, President Trump launched his opening salvo on international trade and investment by withdrawing the U.S. from the TPP. While this ostensibly fulfilled the vigorous campaign promises to protect the American worker and domestic economy, it was not in fact a wholesale rejection of U.S. participation in international trade and investment agreements. As the January 23, 2017 presidential memorandum withdrawing the U.S. from the TPP made clear: “Trade with other nations is, and always will be, of paramount importance to my Administration and to me, as President of the United States.” To many, the formal withdrawal was merely symbolic since the TPP already faced strong opposition in the U.S. Congress. Thus, the proper measure of the Trump administration’s nascent policy on international trade and investment agreements may be its approach to NAFTA, an agreement which President Trump has repeatedly called the “worst trade deal ever.”

To date, there has been limited guidance from the Trump administration on its plans to effect substantial changes to NAFTA or other elements of U.S. trade and investment agreements. The first formal statement on trade policy and objectives did not appear until March 1, 2017 with the administration’s submission of its “2017 Trade Policy Agenda” to the U.S. Congress. While the Agenda has been characterized as advancing the administration’s protectionist approach, it is markedly devoid of the radical views President Trump expressed during the election about international trade and withdrawing from NAFTA. Notably, the Agenda discusses perceived deficiencies in the WTO dispute settlement system, but it does not discuss the recent critiques levied against ISDS. Since the Agenda is an annual report it cannot not be used to divine the administration’s long-term policy, but the absence of any discussion about ISDS suggests this is not an area of immediate concern.

The clearest indication of the administration’s views on ISDS is contained in a March 28, 2017 letter from the acting U.S. Trade Representative to the U.S. Senate Finance and Ways & Means Committees, which provides a draft negotiating proposal and objectives for updating NAFTA. Broadly, the letter states that the U.S. intends to “preserve U.S. rights and obligations under the NAFTA,” and sets out 19 objectives for future negotiations. One prominent objective is to eliminate Chapter 19 of NAFTA, which contains the dispute settlement process for challenging anti-dumping and countervailing measures. In contrast, under the heading “Investment,” or Chapter 11 of NAFTA, the objective is to “maintain” and “improve” current ISDS procedures. Specifically, the U.S. intends to:

On its face, this strongly suggests the Trump administration supports the continued use of ISDS procedures and, moreover, it will maintain prior U.S. policy. For example, procedures to address frivolous claims and expedite the disposition of claims are already contained in the 2004 and 2012 versions of the U.S. Model Bilateral Investment Agreement, which provide a framework for most contemporary U.S. trade and investment agreements. Interestingly, the administration’s stated objectives also closely track the ISDS reform efforts that were ultimately included in the TPP. Further, the express reference to “transparency and public participation” reflects principles contained in the 2014 U.N. Convention on Transparency in Treaty-Based Investor-State Arbitration, also known as the “Mauritius Convention,” which the U.S. has signed but not ratified.

Overall, despite the President’s previously stated views on the deficiencies and negative effects of globalization and trade on the U.S. economy, the Trump administration has not demonstrated a desire to displace prior U.S. policies favoring the use of ISDS. And considering this President’s strong penchant for “winning,” it seems unlikely the administration would seek to drastically alter the current ISDS playing field in circumstances where the U.S. has never lost an ISDS case.