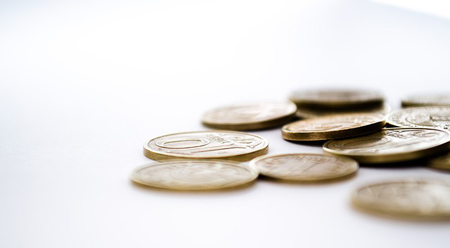 Increasingly in investment arbitration, however, third-party funders are participating without a profit-making motive or with profit not being the primary goal. Such funders might be termed ‘not-for-profit’ funders. Not-for-profit funders are primarily motivated by goals other than turning a profit, such as creating a favorable precedent for future claims, defending state laws from challenges, gathering information about parties, or supporting or fighting against an industry. A famous example of a defense-side, industry-specific, not-for-profit funder is the Anti-Tobacco Trade Litigation Fund created by Bloomberg Philanthropies and the Bill and Melinda Gates Foundation to help low- and middle-income countries finance their defenses against tobacco companies’ claims under investment treaties. Specifically, the Bloomberg Foundation and its Campaign for Tobacco-Free Kids famously provided financial support and technical assistance to the government of Uruguay for its defense against the tobacco company Philip Morris in the ICSID case Philip Morris v Uruguay in which Philip Morris challenged state regulations requiring plain packaging of tobacco products. Former New York City Mayor Michael Bloomberg also appeared in person at the January 2016 Annual Meeting of the Association of American Law Schools and pledged in his remarks that his foundation would support countries that did not have the financial means to defend against arbitrations brought by tobacco companies like Philip Morris.

At least one investment arbitration tribunal has addressed a situation involving a not-for-profit funder trying to set a precedent. In Quasar de Valores SICAV S.A. et al. v The Russian Federation, SCC Arbitration No. 24/2007, Award of 20 July 2012, para. 223, the funder, Group Menatep Limited, was a former majority shareholder in the Russian oil company Yukos, rather than a separate third-party funding company, and there was no contract in place requiring the claimant to reimburse Menatep. By funding the Quasar de Valores case, Menatep was seeking to create a favorable "precedent" in hopes that such a precedent would be applied in its future, much larger, shareholder dispute against Russia under the Energy Charter Treaty. It is also important to note that in this case the tribunal denied the funded party’s request to recover costs, because the third-party funder was merely trying to create a favorable precedent and was not entitled to receive repayment from the funded party, even if the funded party won the case. The term "not-for-profit funder" may not be entirely accurate with respect to Menatep’s actions in this case, since Menatep expected to use the precedent from the Quasar de Valores case to win a monetary award in a future case related to the massive Yukos-related dispute. Nevertheless, Menatep is certainly a different type of funder than the traditional third-party funders that fund a portfolio of unrelated cases mainly for profit.

In addition, states involved in investment arbitration seem to have discovered the potential for not-for-profit funding and are seeking to account for such funding ex ante in their investment treaties. For example, on 15 February 2017, the European Parliament voted in favor of the EU-Canada Comprehensive Economic and Trade Agreement (CETA), which brings this treaty one step closer to taking effect. To this Author’s knowledge, this treaty is the first fully ratified treaty in the world to require parties to disclose third-party funding. CETA broadly defines "third-party funding" in Article 8.1 as "any funding provided by a natural or legal person who is not a disputing party but who enters into an agreement with a disputing party in order to finance part or all of the cost of the proceedings either through a donation or grant, or in return for remuneration dependent on the outcome of the dispute." Notably, this definition expressly includes both for-profit funders ("in return for remuneration") and not-for-profit funders ("through a donation or grant"). The EU and Canada decided to define a not-for-profit funder by focusing on whether the funder expects repayment for the capital it advances to the funded party rather than focusing on what other motivations the funder might have besides profit. This definition is an appropriate catch-all, since the variety of motivations a funder could have may be endless. Article 8.26 of CETA requires disclosure of only the name and address of the third-party funder "at the time of the submission of a claim, or, if the financing agreement is concluded or the donation or grant is made after the submission of a claim, without delay as soon as the agreement is concluded or the donation or grant is made." This is consistent with the practice among tribunals not to require disclosure of the terms of the funding agreement or the full funding agreement unless the funding agreement itself is at issue in the substantive dispute.

With respect to treaties that are still in the negotiation phase, the European Commission has proposed provisions nearly identical to the CETA provisions regarding third-party funding in Art. 1 and 8 of its proposed draft of Chapter II of the Transatlantic Trade and Investment Partnership, which has not yet been concluded. In addition, the current draft of the EU-Vietnam Free Trade Agreement, Ch. 8, Ch. II, Sec. 3, Art. 2, contains a similar definition of third-party funding as "any funding provided by a natural or juridical person who is not a party to the dispute but who enters into an agreement with a disputing party in order to finance part or all of the cost of the proceedings in return for a remuneration dependent on the outcome of the dispute or in the form of a donation or grant." The inclusion of the language "in the form of a donation or grant" is a recognition of the potential participation of not-for-profit funders. Art. 11 provides for a similar disclosure requirement as CETA and the EC’s proposed T-TIP provisions, except it also adds a required disclosure regarding the "nature of the funding arrangement." It also requires that "the Tribunal shall take into account whether there is third-party funding" when making decisions regarding costs and security for costs. The text of the EU-Vietnam Free Trade Agreement was published after the negotiations concluded on 1 February 2016, but the treaty has not yet been ratified. The fact that there are references to not-for-profit funders in at least three ratified or proposed treaties is a sign that such funders will be subject to the same rules and constraints to which the traditional for-profit funders are already subjected.

Furthermore, at least one arbitral institution seems to be aware of not-for-profit funders, although none of the major international arbitration jurisdictions around the world have implemented any rules with respect to third-party funding. In December 2015, the ICC Commission on Arbitration issued a Report entitled "Decisions on Costs in International Arbitration" that included some guidance to arbitrators regarding third-party funding. Notably, the Commission’s definition of a third-party funder in footnote 44 of its Report could be interpreted to contemplate not-for-profit funders: "A third-party funder is an independent party that provides some or all of the funding for the costs of a party to the proceedings (usually the claimant), most commonly in return for an uplift or success fee if successful." The phrase "most commonly" could be a reference to the fact that funders may less commonly make agreements involving non-monetary compensation or for reasons other than receiving "an uplift or success fee."

The foregoing scattered references to not-for-profit funders in an investment arbitration tribunal’s award, in three treaties, and in an arbitral institution’s rulemaking body may not yet seem very noteworthy. In the grand scheme of international commercial and investment arbitration, however, this Author predicts that we are likely to see a rise in the participation of not-for-profit funders in investment arbitration in the future, both on the claim side and the defense side. When this happens, tribunals will be able to use these existing tools, as well as any similar tools that may be adopted in the future, to assess the participation of such funders in the same way that they already assess the participation of for-profit funders. In order to maintain the integrity of the investment arbitration system, it is crucial that all types of third-party funders are identified and addressed accordingly. The foregoing examples may be the first official attempts at defining and addressing the elusive not-for-profit third-party funder, but they will certainly not be the last.