The Sociological Evolution of International Arbitration 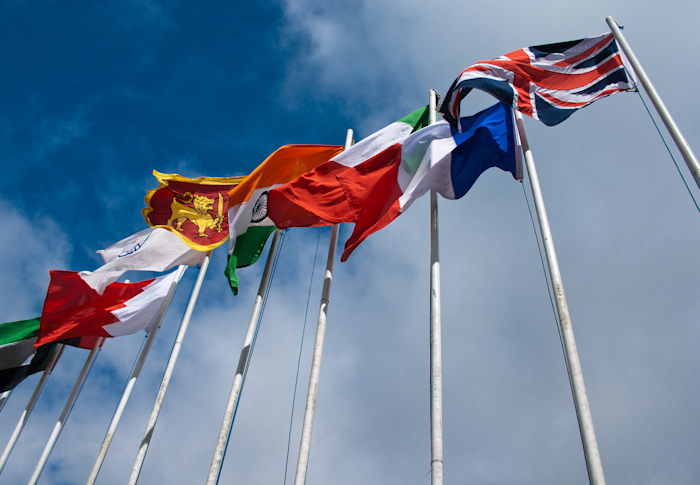 The sociology of individuals who are routinely appointed as international arbitrators to settle the important business disputes that commonly arise in transnational settings has raised significant interest in the past decades.1 In two recent papers,2 summarised here, I shed light on the sociological evolution of international arbitration on the basis of original data collection.

The first step of the research’s inquiry analyses the sociology of international commercial arbitration [ICA] by focusing on the case of the International Chamber of Commerce [ICC]. A generation of elite arbitrators emerged at the intersection of various social systems in the 1950s and 1960s at the ICC. These ICA leaders – the “secant marginals” – developed layered expertise at the intersection of several social groups and systems. They did not belong to local elites who aggressively promoted competition between their own system and external systems (contrary to the claim made by Yves Dezalay and Bryant Garth3) but existed in the interstices of various systems where they found space to promote inter-systemic cooperation. Their “marginality” and ability to navigate across different legal systems often derived from their personal histories as migrants. Several of these ICA leaders grew up, studied and worked across different countries and legal systems: for instance, Lazare Kopelmanas was an international civil servant based in Geneva who was born in Lithuania before moving to France and Switzerland, Ernst Mezger was an attorney born in Germany and based in Paris after escaping Nazi anti-Semitism, and Berthold Goldman was a professor at the University of Paris who was born in Romania and migrated to France in order to study law. In addition, these ICA leaders often cumulated various professional activities, whether as judges, law professors and/or attorneys. They also developed strong connections with arbitral institutions, and sometime founded such institutions in their home countries (for instance, Ottoarndt Glossner in Germany, and Paul van Reepinghen in Belgium). The current elite of ICA have reproduced the features of the “secant marginals,” having layered various types of expertise (notably the practice of law and legal academia) while operating at a specifically transnational level (as evidenced by their various affiliations with arbitral institutions). A major difference between the old generation of “secant marginals” and the current elite of ICA concerns the way in which they have acquired the relevant characteristics: while the “secant marginals” acquired them incidentally (often through migrations) and found themselves well-positioned to construct the ICA system, the current elite of ICA appears to have intentionally leveraged existing social capital in order to gain traction within the newly constituted transnational field.

The second step of inquiry builds upon the prior analysis of ICA and extends it to investor-state arbitration [ISA]. Data drawn from the study of the International Centre for Settlement of Investment Disputes [ICSID] shows wide avenues connecting ICA and ISA, to the point where both practices seem to share a common pool of elite arbitrators. In particular, the “secant marginals” were routinely appointed as arbitrators in the first cases brought to ICSID in the 1970s and 1980s. The research also evidences a clear and growing overlap between ISA and ICA elites. Top arbitrators commonly act as commercial and investment arbitrators: being a top commercial arbitrator seems to be a common route (although not the only one) towards becoming a top investment arbitrator. In addition, the elite of ICSID arbitration shares social features with the ICA elite, namely affiliation with the bar, the pursuit of academic activities and positions within arbitral institutions. It appears from qualitative and quantitative data that both sets of elites prosper when they are present at the intersection of different legal and social systems. The data also show that a significant contact point between both ICA and ISA is the global law firms that commonly represent both private parties in ICA and ISA.

In other words, ICA and ISA elites significantly overlap, with ICA elites migrating towards ISA in the 1970s. The “secant marginals” who built ICA after the Second World War also became involved in the early ICSID cases, and their hybrid social features were reproduced over time, both in ICA and ISA. Another interesting and important aspect of the story is how this relatively stable group of individuals developed international arbitration as an autonomous legal order at the global level.4 The hybrid features of the arbitration elite enabled its members to construct a credible alternative to national courts by combining elements from different systems in order to create a system at once new and familiar. By contrast with another sociological interpretation of international arbitration,5 this narrative of globalization is one where prominent actors operate at the fringes of social systems, rather than from their apex.

Dr Florian Grisel is a Research Fellow at the French Centre national de la recherche scientifique (CNRS) and a Senior Lecturer in Transnational Law (King's College London). He is co-author of The Evolution of International Arbitration (Oxford University Press, 2017) and is a contributor to the forthcoming Oxford Handbook of International Arbitration.

[3] Yves Dezalay and Bryant G. Garth, Dealing in Virtue – International Commercial Arbitration and the Construction of a Transnational Legal Order, The University of Chicago Press, 1996, Ch. 3.

[5] Yves Dezalay and Bryant G. Garth, Dealing in Virtue – International Commercial Arbitration and the Construction of a Transnational Legal Order, The University of Chicago Press, 1996.