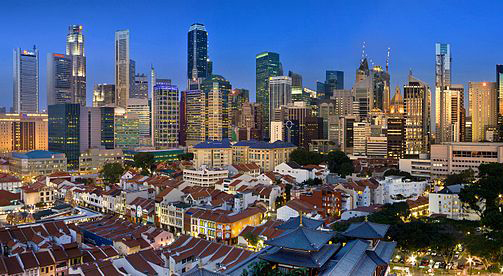 The first edition of the SIAC Investment Arbitration Rules (the SIAC IA Rules) was released on 30 December 2016 and came into force on 1 January 2017. The SIAC IA Rules will be applied, when the parties so agree, in disputes which involve a state, state-owned entity or intergovernmental organisation and arise out of a contract, treaty, statute or other instrument. In releasing the SIAC IA Rules, SIAC has become the first major commercial arbitration institution to release a separate set of rules customised for international investment arbitration.1

The final version of the SIAC IA Rules retains the key innovations of the draft version released in February 2016 (see our previous post here). In particular, the SIAC IA Rules provide for the tendering of amicus curiae submissions by third parties, grant tribunals the authority to require the disclosure of any third-party funding arrangements, and allow parties to an investment arbitration to apply for relief from an emergency arbitrator if both parties expressly agree. These innovations and other provisions in the SIAC IA Rules have been tweaked since the draft rules were released in February 2016, as we explain below.

Submissions by non-parties to the arbitration
As noted in our previous blog post, the SIAC IA Rules grant a tribunal the discretion to allow a non-disputing party the right to make submissions even without the consent of the parties to the dispute. Tribunals are also granted the authority to allow a non-disputing party to appear at a hearing and to grant them access to documents related to the proceedings. While this increased transparency will be welcomed by some users, others may be wary of the loss of privacy and confidentiality which ordinarily attaches to arbitration proceedings.

Third-party funding
The new rules are the first of any major arbitral institution to grant tribunals the express authority to require the disclosure of any third-party funding arrangements (and there is no equivalent provision in the standard SIAC Rules). Some third-party funders have expressed unease with this power.

Emergency Arbitrators
The emergency arbitrator provisions remain largely unchanged from those included in the draft SIAC IA Rules, which we discussed here.

Confidentiality
The confidentiality provisions of the SIAC IA Rules have been slightly modified since the draft released in February 2016. Specifically, SIAC may now publish limited information regarding the existence of an investment dispute even without the parties’ consent. This information will include, among other things, the nationality of the parties but not their identity (although in the case of a respondent state, this will effectively amount to the same thing). SIAC may also publish redacted awards and decisions on challenges to arbitrators without the parties’ consent.

Constitution of the tribunal
Certain time limits have been extended since the draft rules were released in February 2016. For example, parties to an arbitration under the SIAC IA Rules will have 42 days to agree on a sole arbitrator, as compared to 28 days under the standard SIAC Rules. Nonetheless, the time limits for the constitution of the tribunal remain shorter than those under the ICSID Rules. Further, the SIAC IA Rules expressly state that the SIAC Court will appoint a sole or presiding arbitrator of a different nationality to the parties, unless the parties have agreed otherwise. This formalizes the existing informal practice under the standard SIAC Rules.2

SIAC has produced an innovative set of rules which appear capable of meeting the unique demands of investment arbitration while retaining the core advantages of commercial arbitration proceedings. Given the success of other recent innovations introduced by SIAC, including the availability of emergency arbitrators and expedited proceedings which are required to be concluded within six months, it will not be surprising if SIAC finds itself administering a burgeoning caseload of investment disputes in the coming years.

The SIAC IA Rules will be discussed at length in a forthcoming second edition of 'A Guide to the SIAC Arbitration Rules', published by Oxford University Press.

[1] The Stockholm Chamber of Commerce’s latest set of rules, which also came into force on 1 January 2017, include an appendix with limited modifications of its standard rules for investor-state disputes. The Shenzhen Court of International Arbitration’s latest set of rules, which came into force on 1 December 2016, allow the SCIA to administer investor-state arbitration rules under the UNCITRAL Rules.

[3] It is more difficult to make a general comparison to ad hoc arbitrations conducted under the UNCITRAL Rules, where there are no filing or administrative fees and the tribunal may determine its own fees (subject to a requirement of reasonableness).