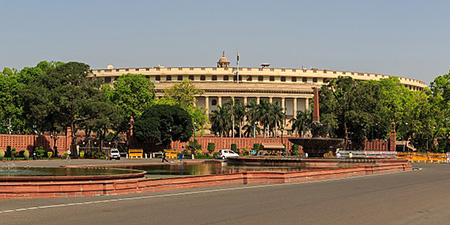 In December 2015, the Indian government approved the final text of its revised model bilateral investment treaty (BIT). Shortly thereafter, in February 2016, India published a joint interpretative statement to clarify its understanding of certain treaty provisions found in existing Indian treaties. These recent developments in Indian investment treaty policy are products of a multi-year review process, prompted at least in part by the 2011 finding against India in the White Industries claim - the first such known finding against the state – and by several notices of dispute received following the determination in that case.

Compared to India’s past treaty practice, the December 2015 model includes several improvements that seek to clarify the reach and application of the model’s provisions. The December model includes a hybrid enterprise and asset-based definition of investment (Article 1.4), as opposed to the broader asset-based definition typically contained in India’s investment treaties. Notably, while the December 2015 model includes certain traditional investor protections, it does not include the standard fair and equitable treatment (FET) provision; instead, the model provides for protection against denial of justice, certain violations of due process, targeted discrimination, and manifestly abusive treatment (Article 3.1). The December 2015 model was also approved without inclusion of a most-favored nation (MFN) clause, and without inclusion of pre-establishment protections.

The December 2015 model BIT was approved following a period of consultation on the basis of a draft revised model, published earlier in the same year. This draft version – made publicly available in March 2015 – contained a range of progressive provisions, mirroring the approach adopted in other texts such as the South African Development Community (SADC) model template BIT. However, many of the more noteworthy and progressive provisions included in the March 2015 draft model regarding investor and home state obligations were either removed from or diluted in the December 2015 final text.

For example, while those international investment agreements (IIAs) that have included provisions on investor conduct have only referred to voluntary investor commitments (rather than including explicitly binding investor obligations), the March 2015 draft provided an exception to this general trend, imposing obligations on investors such as requirements to comply with host state laws and to abide by transparency and anti-corruption standards. The March 2015 draft also clearly established the consequences of any breach of these obligations by providing for, amongst other things, (i) denial of treaty benefits to investors who failed to comply with their obligations under the treaty, including with respect to compliance with host state laws; and (ii) submission of civil claims in the investor’s home state for liability regarding ‘acts, decisions or omissions made in the Home State in relation to the Investment where such acts, decisions or omissions lead to significant damage, personal injuries or loss of life in the Host State’ (Article 13, March 2015 draft). By contrast, the December 2015 model includes only two provisions that directly concern investor obligations: Article 11 requires compliance with certain host state laws, and Article 12 includes a voluntary corporate social responsibility (CSR) provision similar to CSR provisions found in other recently negotiated agreements and models.

In addition to stronger and more explicit investor and home state obligations, the March 2015 draft model contained several provisions seeing to better protect the regulatory space of the host state, including a broader list of categories under its general exceptions provision than the list ultimately included in the final December 2015 text. Nevertheless, even the March 2015 draft still provided investors strong protections. In particular, it still permitted them the rather extraordinary ability to file international arbitration claims directly against their host state for a number of alleged wrongs.

As debates regarding the true costs and benefits of the international investment regime continue in different contexts and fora, India’s review provided a timely opportunity to address the shortfalls of the current regime. The March 2015 draft model proposed novel reforms, many of which aligned with recommendations proposed by international organizations and other stakeholders promoting alignment of international investment agreements with sustainable development objectives. While the final December 2015 model took several steps forward from the 1993 and (slightly modified) 2003 models, it ultimately also took a number of steps back from the March 2015 draft by diluting or entirely removing several noteworthy provisions.

The Indian government has notified at least 47 countries of its intention to terminate existing BITs and negotiate new agreements. India is also reportedly engaged in several ongoing BIT negotiations, including with Canada. It remains to be seen whether, in those negotiations, India (or its treaty partners) will seek to reintroduce some of the more progressive features that had been included in the March 2015 draft, but were dropped in its December 2015 model; or whether India’s treaty partners will put pressure on India to drop even the moderate reforms retained in the December 2015 text. Where India finds itself negotiating with states open to considering more progressive reform of the international investment regime, opportunities for meaningful re-calibration of the current approach to investment protection may be ripe for the picking. Indeed, in late 2016, India reportedly concluded negotiations on a BIT with Brazil, a prominent proponent of alternatives to the traditional approach to investment protection and promotion. Looking ahead, one question is whether this agreement - negotiated between two powerful emerging economies - will establish a new template for India to pursue in negotiations with other countries.

Jesse Coleman is a Legal Researcher with the Columbia Center on Sustainable Investment (CCSI), focusing on investment law and policy, sustainable investment in land and agriculture, and the nexus of international investment and human rights law. Jesse received her Bachelor of Arts in Political Science and Bachelor of Laws from Trinity College Dublin, and holds a Master of Law from the University of Cambridge, where she specialized in public international law.

Kanika Gupta is a Fellow with CCSI, focusing primarily on investment law and policy issues. Kanika received her Master of Law from Columbia Law School, where she was also a recipient of Jagdish Bhagwati fellowship for trade and investment. She worked as a Legal Associate with the International Investment Agreement Division at Ministry of Finance, Government of India, where she worked on drafting and negotiations of Foreign Trade Agreements and Bilateral Investment Treaties, including the revised Indian Model Bilateral Investment Treaty.

The views expressed in this article are views held by the authors, and do not represent the views of the Government of India.